Give the FCC credit. It is working hard (if ineffectually) to rid the nation of unwanted robocalls. In its latest action, the Commission released a Declaratory Ruling (Ruling) on June 7, 2019 in Docket 17-59 that will permit voice providers to block unwanted calls as a default condition for their customers. Providers will be permitted to launch this program if they use reasonable call analytics, inform their customers in advance, and allow them to opt out of the automatic call blocking. 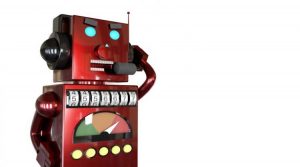 According to the Commission: This action empowers providers to protect their customers from unwanted robocalls before those calls even reach the customers’ phones. While many phone companies now offer their customers call blocking tools on an opt-in basis, the Declaratory Ruling clarifies that they can provide them as the default, thus allowing them to protect more consumers from unwanted robocalls and making it more cost-effective to implement call blocking programs. (FCC June 6, 2019 News Release.)

The Ruling will also permit customers to provide lists (called “white lists”) of phone numbers they do not want blocked. Numbers which are not on the customer’s approved list would be automatically blocked by the provider. The Commission believes “[t]his option would allow consumers to decide directly whose calls they are willing to receive.” Customer white lists could be updated automatically as consumers add and remove contacts from their smartphones.

The Commission offers providers some examples of the types of call analytics they could use to lawfully block unwanted calls and adds that other methodologies would be acceptable if used in a non-discriminatory competitively neutral manner.

For example, a call-blocking program might block calls based on a combination of factors such as: large bursts of calls in a short timeframe; low average call duration; low call completion ratios; invalid numbers placing a large volume of calls; common Caller ID Name (CNAM) values across voice service providers; a large volume of complaints related to a suspect line; sequential dialing patterns; neighbor spoofing patterns; patterns that indicate TCPA or other contract violations; correlation of network data with data from regulators, consumers, and other carriers; and comparison of dialed numbers to the National Do Not Call Registry. Similarly, a call-blocking program might be designed to block callers engaged in war dialing, unlawful foreign-based spoofing, or one-ring scams. (Ruling, para. 35.)
The agency cautions that providers must make all feasible efforts to ensure that their call blocking programs do not block emergency calls to 911 centers or law enforcement agencies. It also reminds providers that their call blocking programs should not impact rural calls. However, this may be a superfluous warning since rural call completion rules target terminating carriers rather than the originating carriers involved in blocking unwanted calls.

The Commission expects that voice providers conducting a call-blocking program by default would establish a point of contact for legitimate callers to report what they believe to be erroneous blocking as well as a mechanism for such complaints to be resolved.

Unfortunately, like virtually all FCC orders, this one is not free from controversy. The issue here is whether customers will have to pay for these new default call blocking programs. The Commission expects them to be free but does not make this a requirement. In its opinion, the Commission states that it understands the cost of handling customer service calls from consumers annoyed by illegal robocalls can be more than ten dollars per consumer call. It anticipates that the opt-out blocking authorization would impose no mandatory costs on voice service providers because implementation is voluntary, not required. As such, we would expect voice service providers to offer an opt-out service for free, as many already do, with no line-item charge. (Id., at para. 42).

This led to FCC Commissioner Jessica Rosenworcel to dissent from this portion of the ruling:

As far as this new blocking technology goes, so far, so good. But there is one devastating problem with our approach. There is nothing in our decision today that prevents carriers from charging consumers for this blocking technology to stop robocalls. I think robocall solutions should be free to consumers. Full stop. I do not think that this agency should pat itself on the back for its efforts to reduce robocalls and then tell consumers to pay up. They are already paying the price—in scams flooding our phone lines; wasted time responding to false and fraudulent calls offering us what we did not ask for, do not want, and do not need; and a growing distrust in our most basic communications. I like hope. But I am not interested in pinky promises. I think we should be up front and clear with consumers that today’s decision offers no more than an “expectation” that phone companies installing this technology will not charge consumers a premium for its use. But every one of us knows there is nothing enforceable about an expectation. There is nothing here that prevents companies from charging each of us whatever additional fees they want to put this call blocking technology on our line. (State from Jessica Rosenworcel approving in part, dissenting in part.)

Democratic Commissioner Geoffery Starks followed up last Monday with a letter to 14 voice providers seeking details on their “free” default call-blocking services. The companies must reply by July 10. 2019, and must respond to the following questions:

It will be interesting to see how the Commission responds if a voice provider decides to charge customers for its new default call blocking program.

Along with its Declaratory Ruling, the Commission adopted a Third Notice of Proposed Rulemaking (NPRM) that would require voice providers to implement the SHAKEN/STIR caller ID authentication framework by the end of 2019, if they fail to do so on their own.

The SHAKEN/STIR protocol where SHAKEN is short for Signature-based Handling of Asserted information using toKENs and STIR is short for Secure Telephone Identity Revisited, provides a digital signature for every call so an illegitimate call is identified and blocked. The technology utilizes digital certificates, based on common public key cryptography techniques, to ensure the calling number of a telephone call is secure.