The long-running soap opera that is T-Mobile’s proposed acquisition of Sprint took yet another bizarre turn last week when the Attorneys General of 10 states, led by New York and California (no surprise there), filed a suit to block the acquisition on grounds of potential consumer harm, as was reported by The Wall Street Journal. 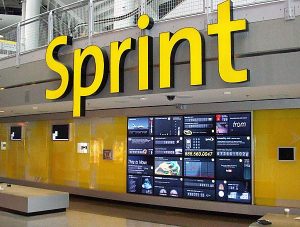 The bizarre part of this twist is that responsibility for judging the potential consumer harm from such a combination is primarily the realm of the Federal Government, and, in particular, the Federal Communications Commission (FCC) and the Antitrust Division of the U.S. Department of Justice (DOJ). The FCC has already given its blessing to the deal with the stipulation that Sprint divest its prepaid division, Boost Mobile, as Bloomberg reported. This makes the move by the State Attorneys General appear to be a preemptive strike to force the DOJ’s hand and spur it to block the deal on the grounds that they intend to continue the battle regardless of what the Agency decides. (Nevertheless, CNN Business yesterday reported that it has learned that the DOJ is “prepared to approve the deal within days.”

The Political Class has come to the dubious conclusion that a larger number of competitors is by definition always more advantageous than a smaller number. While I would agree that a number greater than one (i.e., a monopoly) is indeed preferred, as it allows the magical workings of Adam Smith’s “invisible hand” of competition, the number four holds no particular value.

The Number of the Day Is Four!

It’s important to remember that the U.S. cellular industry began as a government-mandated duopoly; by region, the FCC granted one frequency license to the local phone company and another to one competitive carrier. Through a process that involved more mergers, acquisitions, asset sales, and name changes than anyone can remember, that original structure eventually devolved to the four-carrier situation we have today. “Four carriers” wasn’t some divine fiat.

Economists refer to a market with a few competitors as an oligopoly, a situation you’d expect to evolve here given the capital-intensive nature of the cellular business, particularly as related to its need to invest in spectrum (i.e., radio licenses). I’ve yet to see any compelling formula that would compute an optimal number of competitors in an oligopoly, but it seems that three would suffice for what essentially amounts to a utility market. Prices have been declining in the cellular market, and there’s no reason to think that competition will abate if the number of providers drops from four to three. See full article here